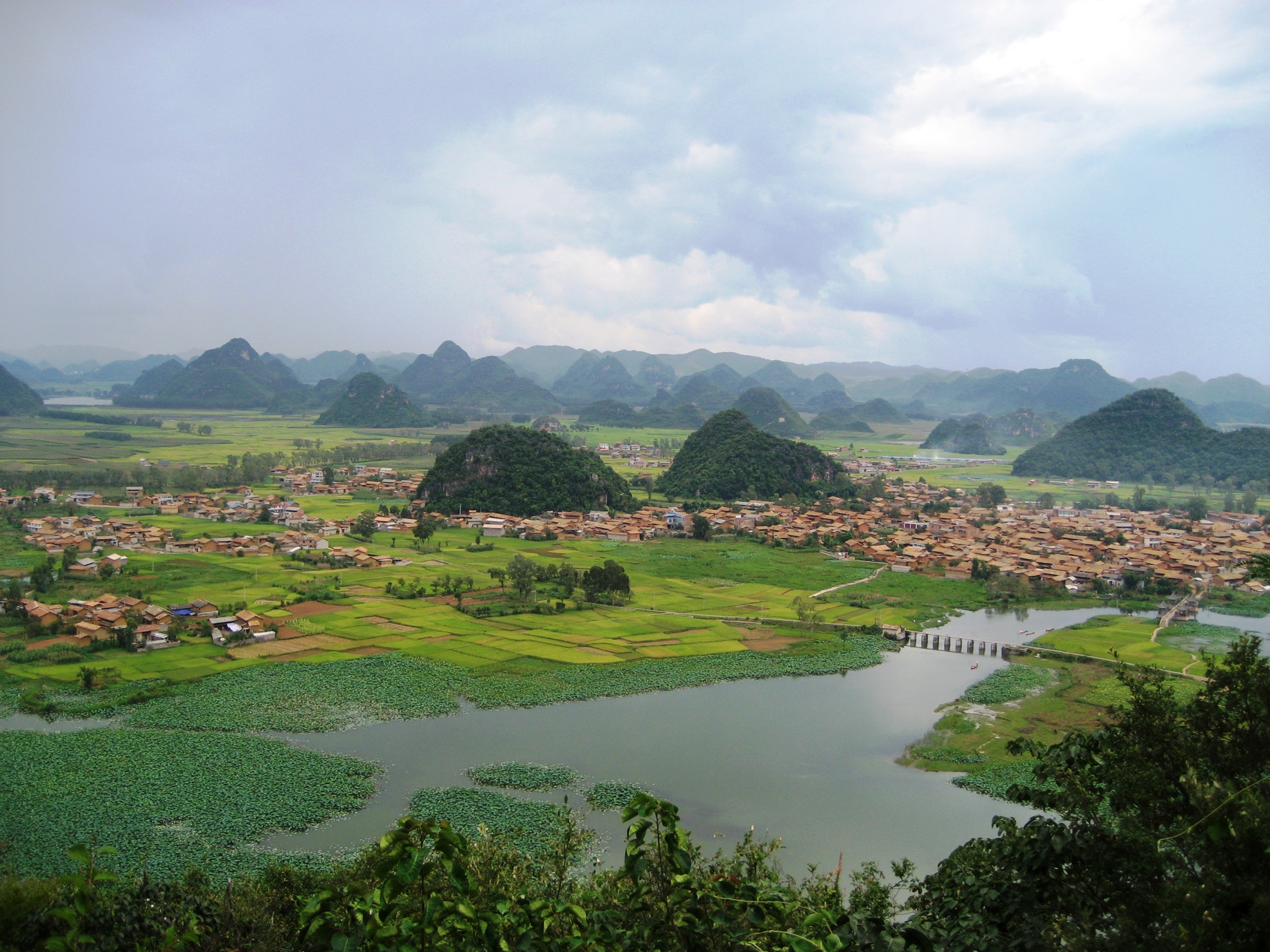 It is a pleasure to present this issue of Ecología Política focused on China. Long before its current presence in the world (with more than a fifth of the world’s population, growing economic and political power, as well as a great environmental impact), China was already well known in the 20th century for the Marxist-Maoist revolution which triumphed in 1949 and for its fight against Japanese imperialism. Also in Latin America it has been known for a long time, and not only for the historical presence of chifas (Chinese restaurants) in Lima. For example, Chinese indebted labourers slaves, between 1840 and 1880, extracted the guano from the guano islands, bulk merchandise exported in millions of tons to Europe and the United States and in the middle of the 19th century, many Chinese coolies arrived in Cuba. In any case, the first humans to cross the Bering Strait between Asia and Alaska tens of thousands of years ago came from East Asia. China did not exist as such, but it was already known in America and the world. The silver of Potosi and Zacatecas that passed through Seville in the sixteenth and seventeenth centuries went to Antwerp and other places in northern Europe in order to arrive in China and pay for goods exported via the Silk Road. The Chinese presence in international trade is not new, but, of course, it was never as big as now.

In past times, China’s presence in the world did not have the current environmental impact either. Nowadays, China extracts 4,000 million tons of coal per year, three tons per person. This represents a great local and international environmental burden. And yet, we still have much to learn and discuss about the social and environmental implications of Chinese «development» within and beyond its borders. This is the motivation of this issue of Ecología Política dedicated to China, which bases a large part of its contents on the work developed by the team of the Environmental Justice Atlas (www.ejatlas.org). The articles in this issue deal with contemporary issues that can be divided into two main themes: the political ecology of China within its borders and the political ecology of China outside of them, particularly in Latin America. This conversation between political ecologies inside and outside of China is maintained in all sections throughout this issue.

The issue begins with the section «Opinion», with an article in which Arnim Scheidel, Grettel Navas and Juan Liu explain their learnings and challenges while teaching Political Ecology in China to young people, and how some ideas helped them to understand better current problems and reflect on potential alternatives. The article by Emilio Menéndez exposes the perspectives of energy change in China and its planetary implications at a time when China is considering a transition towards a greater share of electricity in final consumption, coming mainly from renewable energy. With regards to China outside of China, Marx Gómez and Francisco Herrera point out how little is reflected on the fact that, beyond the peculiarities of China’s political ecology and the need for case studies and comparative studies, there is a crisis of modern civilization, whose constituent colonialism is undermining the viability of life on the planet. Finally, and given the current relevance of the topic, we include in this section a short article by Jordi Roca that criticizes the decision to award a Nobel Prize in Economics (2018) to the economist William Nordhaus.

This issue has four long articles in the section «In depth». Juan Liu opens the section with her painful article on pneumoconiosis, a disease associated with mineral extractivism and developmentalism in China. It is followed by the joint article by Joan Martínez-Alier and Juan Liu, where they report relevant conflicts over thermoelectric plants, incineration of urban waste, mining pollution, hydroelectricity, petrochemical and nuclear industries, intensive agriculture and livestock, based on information from the Environmental Justice Atlas. The question that motivates them is whether China’s political ecology is different from political ecologies of other large countries or sub-continents. The answer is, at the same time, yes and no. The next article by Joan Martínez-Alier on socio-environmental conflicts in Taiwan exposes the relationship between the evolution of environmentalism on that island, the internal political changes and the challenges of introducing new polluting industries harmful to the natural environment and to people. The other two articles analyse the role of «China outside China». The article by Francisco dos Santos Venes and María Cristina Vallejo analyses the trade between China and two Andean economies -Colombia and Peru- in the rise of commodity prices (2000- 2012). Finally, Paulina Garzón looks at the Ecuadorian case; arguing that the volume and orientation of Chinese funding puts ecosystems conservation and protection of local communities at risk, and warns that these challenges will intensify in the future.

The six short articles provide a better understanding of specific issues, based on the regional context. With regard to political ecology in China, Robin Thiers, Juan Liu, Grettel Navas, Arnim Scheidel and Haifei Mou study the commercial banana sector based on their fieldwork in the Guangxi Zhuang Autonomous Region, which has suffered the invasion of Fusarium, a fungus that has moulded the political ecology of bananas in China. Francisco F. Herrera and Marx Gómez write critically about the political ecology of tree plantations in China. Based on their study of pastoralist communities in northern China, Lu Yu and Katharine N. Farrell explain the challenges those communities face in the context of social-ecological vulnerability, and they recommend that the Chinese government pay more attention to «bottom-up» local strategies, which could question the current strategy of banning grazing.

Three other brief articles reflect on China’s role outside of China. Federico Demaria and Joan Martínez-Alier analyse the government initiative of the new Belt and Silk Road, a massive investment plan interpreted by the press as the «Chinese Marshall Plan». This measure increases the political power of China, as well as the extraction and consumption of natural resources both locally and globally. In Latin America, Daniela Del Bene analyses how, since the year 2000, Chinese companies and banks have launched themselves into the global market of the hydroelectric sector. With regard to Brazil, Débora Assumpção e Lima, Paloma Guitarra and Vicente Eudes Lemos Alves study Chinese investments in the Brazilian agricultural frontier, the accumulation of capital, conflicts and contradictions in the Matopiba economic region (Maranhão, Tocantins, Piauí and Bahía), transformed into one of the areas supplying soy to China.

In the section «Resistance Networks», Rowan Alcock presents the New Rural Reconstruction Movement, a Chinese movement for environmental sustainability and social justice and Sandra Arias compares four socio-environmental conflicts to advance in the study of the factors that determine a violent state response to the protests. These cases (two of them violent and two not) announce an increase in both the protests and the repressive measures to counteract them.

In the section “Environmental experts”, Daniela Del Bene interviews Tempa Gyaltsen Zamlha, researcher and activist in socio-environmental conflicts in Tibet. And, beyond the specific contents of this issue, Ulrich Brand recalls the remarkable contributions of Elmar Altvater, member of the advisory board of this journal, who died this year.

Finally, Grettel Navas reviews the work of Anna Lora-Wainwright on the «resigned activism» of Chinese environmentalism, and Beatriz M. Saes summarizes and analyses the book by Enrique Dussel Peters, Ariel Armony and Shoujun Cui on Chinese investments in infrastructure in Latin America.

Many of the contributions to this issue were written in English. We are grateful to the volunteers who have helped us with translations to promote the dissemination of knowledge of China’s political ecology. In addition, from now on, we include in the articles abstracts in English and Spanish.

The image and poem of the cover, «The gold curse» (see below), of Juan Liu, powerfully and emotionally summarizes  the environmental impacts in China on several levels. With this issue, we hope to fulfil the dual objective of generating more knowledge about the facts and internal socio-environmental controversies of China and provide news about the economic and political strength of that country in Latin America and its socio-environmental impacts globally.

It seems that, everyone loves you

A symbol of luxury, wealth, and glory

How many people would know

How much blood and tears from nature and human beings that you are infiltrated with?

The rivers, which scare off people and animals

And those lives passed away after suffering all kinds of pains…

Through cancers on one side

And pneumoconiosis on the other