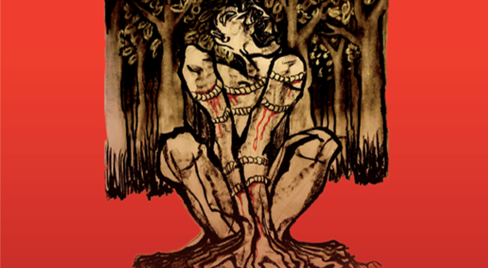 Political ecology attempts to understand the dynamics of ‘politicized environments’ by analysing how unequal power relations are often related to conflicts over access and use of natural resources. Questions of who gets what environmental benefits and burdens, why, and through which processes, are core questions of the field. This type of analysis, generally using a case study methodology, has been a central theme of political ecology research in Asian, African and Latin American contexts to explain questions of environmental control and contestation. Since its inception in 1991 Ecología Política has been instrumental in highlighting in the Spanish speaking world, not just such cases, but also books, authors, artists and activists fighting for socio-ecological equity and justice from across the world.

In the first fifteen years of the journal, there was a steady contribution of articles and authors from India, starting with the first issue, where Brinda Rao wrote on the impact of water scarcity on women in rural Maharastra, and Vandana Shiva´s Staying Alive: Women, Ecology and Development was reviewed. Since then, there have been articles by prominent Indian thinkers, such as Ramchandra Guha, on Lewis Mumford (No. 3), Mahatma Gandhi and the environmentalism in India (No. 11), a third world criticism of American Environmentalism (No. 14). We have also published texts of Ashok Swain (No. 15), Arundhati Roy (No. 23), Sunita Narain (No. 24) and Vinod Raina (No. 37) as well as interviews of Ashish Kothari (No 5), Anil Agarwal (No. 5) and Vandana Shiva (No. 8) to name a few.

However, in the recent years, there has been little attention given to cases and contents from South Asia. The current issue, including 22 articles from different regions, constitutes an attempt to rectify this. We have 3 opinion pieces and 3 in-depth articles, which deal with issues of global importance going beyond geographical boundaries, followed by 9 short articles with a more geographic focus, 2 articles on resistance networks, 2 articles on environmental referents and 3 reviews on two recent books and one film.

The issue starts with the «Opinion» section, with articles by Neera Singh, Vikas Lakhani and Ritu Verma. The first article analyses the critical role of the «commons» and community practices that feed post-capitalist subjectivities, based on fieldwork on community forest conservation in Odisha, India. The second presents the results of an ethnographic work after the Guyarat earthquake to investigate how monuments reminiscent of natural disasters are used in order to legitimize state intervention, instead of serving communities in their recovery and learning process. In the third, Ritu Verma discusses the contributions to degrowth from the concept of Gross Domestic Happiness, applied in Bhutan.

In the section «In depth», Brototi Roy delves into the history of environmental justice in India and examines, among other things, how two new legal instruments are empowering the movement in the country. The second article in this section, by Ashish Kothari and Shrishtee Bajpai, asks what it means for a river to have rights, how these can be implemented and what implications they have on the relationship between humans and the rest of nature. This topic is increasingly relevant in other parts of the world, including Colombia and New Zealand, countries that have legally recognized the rights of rivers. Finally, Arne Harms explores the interaction between environmental degradation and day-to-day policies. From an ethnographic material analysis of the Bengal coast, he emphasizes the corrosion of citizens’ rights, triggered by dramatic environmental degradations; a cause of global concern due to global warming and the environmental refugees it produces.

The nine short articles of this issue attempt to provide a more focused understanding of the specific questions based on a regional context. In Pakistan, Usman Ashraf explores the political ecology of afforestation in the north-western province of Khyber Pakhtunkhwa, while Sibth Ul Hassan and Usman Ashraf analyse the conflict of ecological distribution in a south-eastern province, Sindh, within the framework of the Thar Engro project coal mining and the construction of thermoelectric plants. In her work, Paola Camisani examines in a comprehensive manner the political ecology of Sri Lanka.

The rest six short articles focus on India. Dhritiman Bhuyan writes about forest fires in the northern Indian state of Uttarakhand, interrogating the different colonial and contemporary narratives and explanations around them. Arpita Bisht analyses predatory extractivism at iron ore peripheries of India, from cases collected in the EJatlas. Eleonora Fanari uses the case study of Kaziranga National Park in Assam to highlight the militarization of forest guards in the name of biodiversity conservation and dispossession of local indigenous communities. Federica Giunta details the ways in which national public policies directed to the Dongria Kondh indigenous communities are related to significant environmental and social impacts. Deepak Mishra examines hydropower development in the north-eastern state of Arunachal Pradesh, and finally Thorat and Rai delve into the contradictions between reforestation and pastoral use on the Banni land in the Kachchh district of Gujarat.

In the two articles on resistance networks, Avila and Rao look at Timbaktu collective at Andhra Pradesh and their forms of resistance and mobilizations since 1991 with the vision for rural communities to take control of their own lives and to live sustainable and in social, gender and ecological harmony. The second article by Tonny Nowshin looks at the Save Sundarbans movement, and the multiple alliances and synergies that have been created around the globe against the construction of the thermal power plants.

The two articles in the section “Environmental experts” attempt to look at the past and present of environmental justice movements in India. The article by Miki Decrece y Marta Rica discusses Gandhian principles as the guiding forces for social and environmental movements in the country, whereas the interview of Madhuresh Kumar by Daniela Del Bene is an attempt to understand the role that the National Alliance of People´s Movement plays, since its inception in 1992, on mobilizing and creating awareness and empowerment for socio-ecological movements in the country and beyond.

This is followed by two reviews of recent important books from India: Sunita Narain´s Conflicts of Interest. My journey through India´s Green Movement, reviewed by Joan Martinez Alier, and Alternative Futures: India Unshackled edited by K. J. Joy and Ashish Kothari, reviewed by Iokiñe Rodríguez.  The latter is an edited collection of 35 essays on India’s future, by a diverse set of authors – activists, researchers, journalists, and more. This section also includes the review of “Dam 999”, a science fiction disaster movie on dams directed by Sohan Roy, written by Felicity Hand.

South-South linkages, both in terms of big investments from one country into another in Asia, Africa and Latin America, resulting in ecological distribution conflicts, as well as the synergies and alliances of movements they create, are becoming more evident. In this issue, two articles (Nowshin and Camisani) explicitly show these linkages in the context of South Asia. This issue, following the footsteps of the previous issue on Latin America (No. 51) is an attempt to deepen the understanding of the diverse political ecologies of a specific geography (South Asia), and build bridges through this dialogue for alliances to fight for global socio-ecological justice and equality.

The soul of this issue is depicted in the powerful front-page image. All four of the editors have spent considerable time in South and South East Asia and have first-hand experience of asymmetric power relations during fieldwork. However, the agony and helplessness in this picture represents much more than our individual and collective experience [1].

Most of the contributions of this issue were originally written in English. We are thankful to an incredible team of volunteers who have helped in translating them all to Spanish, helping us in spreading knowledge of the political ecology of a different part of the world.  In particular, we hope that this issue will be instrumental in creating dialogue and debate between activists, scholars and concerned citizens from the Spanish-speaking world on the political ecology of the global South. Likewise, this issue of Ecología Política contributes to the dissemination of the EnvJustice Project (www.envjustice.org) of the Institute of Science and Environmental Technology (ICTA) of the Universitat Autònoma de Barcelona. Several articles are based on the Atlas of Environmental Justice (www.ejatlas.org), a world map of environmental justice movements generated through the coproduction of knowledge of activists and academics, which in May 2018 includes 2,450 cases around the world, 275 of them in India.

[1] For more details about the drawing see the backcover of the issue.